Lab Rats: Elite Force is set in a bustling metropolis after the Mighty Med hospital is destroyed by a band of unknown super-villains. After Adam and Leo volunteer to oversee the students at Davenport’s Bionic Academy, Kaz, Oliver and Skylar join forces with Chase and Bree to form a powerful elite force that combines bionic heroes and superheroes. Together, they vow to track down the villains and keep the world safe.

— This only lists the main five actors plus Ryan and Booboo for their episodes. 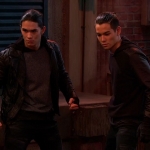 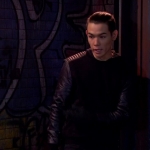 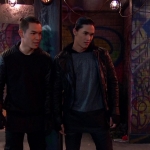 Following the events of the Lab Rats series finale, Davenport brings Chase and Bree to their new residence at the penthouse in Davenport Tower, a skyscraper in Centium City that includes a mission command center in the basement. Davenport also introduces them to their new teammates, Kaz, Oliver, and Skylar, who together form the Elite Force. Kaz immediately wants to find the people who recently destroyed Mighty Med, while the others want to come up with a plan first. A message is delivered to the penthouse, declaring that all superheroes will be destroyed, followed by Kaz, Oliver, Skylar, and anyone who protects them. Kaz runs off to find the culprits and meets them in an alley, but he is surprised to find out that they are shapeshifters Roman and Riker, the sons of a former superhero named Rodissius, whose superpowers Kaz and Oliver had earlier taken away in order to save his life. Believing that life without superpowers is worse than death, Roman and Riker want to eliminate Kaz and Oliver to get revenge. A confrontation between them and the Elite Force ensues, but the Elite Force is eventually knocked out and Roman and Riker take Skylar away. The team later locates Skylar, Roman, and Riker, and Oliver uses his cryo blast to freeze the cloud that Roman and Riker form; however, as the Elite Force celebrates with a team selfie, Roman and Riker escape. 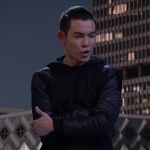 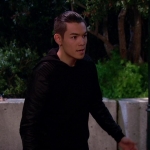 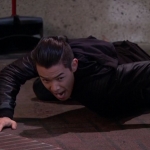 With help from Kaz, Chase is able to compile a list of all the superheroes from Mighty Med so they can be warned of the threat from Roman and Riker. Among the superheroes is Crossbow, Skylar’s mentor and first friend, who is living undercover as a groundskeeper for a park in Centium City. Worried that Crossbow did not receive the message, Skylar sets out with Oliver to find her, despite Chase’s warning that tracking her down could endanger her life. Skylar and Oliver find Crossbow in the park and warn her about Roman and Riker, who had been eavesdropping on Skylar and Oliver earlier. Riker shows up at mission command in disguise as Kaz so he can retrieve the list of superheroes, but Chase and Bree realize who he is and freeze him. Roman shows up in the park and attacks Skylar, Oliver and Crossbow. Bree and Chase arrive as Roman is about to leave with Crossbow. A swap is made between the two sides: Crossbow in exchange for Riker and the superhero list. However, Roman kills Crossbow after she destroys the list. Skylar becomes upset and attacks Roman and Riker, forcing them to retreat. Later, Kaz and Oliver are able to revive Crossbow.

Donations
Donations are NOT required!

Ryan Potter Central is always looking for fans and anyone to donate Photos, Videos and other content that we may be missing. Alternatively, If you would like to help us in other ways; we do accept Paypal Donations which is completely optional by clicking the link below, even just a $1 helps out!

Kaci gets an honorable mention as she becomes the official designer for Ryan Potter Central as she will continue to design each theme for the site.

Any cookies that may not be particularly necessary for the website to function and is used specifically to collect user personal data via analytics, ads, other embedded contents are termed as non-necessary cookies. It is mandatory to procure user consent prior to running these cookies on your website.