I am not your stereotypical Japanese American.

Ryan K. Potter was born on September 12, 1995 in Oregon City, Oregon to Jordanna Potter and his father, who has always been unnamed in public. He is an only child, raised in Tokyo, Japan until he was seven when his family moved back to the United States. Growing up in the spotlight, Ryan has always wanted to keep a side to him private and personal to him which he the reason for never revealing his middle name or anything about his father.

Ryan’s first language is Japanese, having been raised in Japan by both his parents before moving back to the United States with his mom. Ryan’s father is not mentioned nor is there much information about him other than he is Japanese and still living in Japan where Ryan vacations often and only speaks Japanese while there with his friends. Jordanna (Ryan’s mom) has raised him by herself since moving back to the US.

“That actually came from baseball. Catching was my favorite position. And basically the game depended on this one play. (…) So then they called me “Iron Ryan” because I was like an iron wall.”

One year after moving back to the states, Ryan started training in White Tiger Kung Fu from an early age and continues to study throughout his life. As a child, in between kung fu, he also took up interest in baseball, skateboarding and playing the drums. Baseball was one of the sports that he kept up with regularly as he played every summer from the second grade until he started acting. He received his first sign of taking up acting when he was fourteen when Nickelodeon sent out flyers around California and they ended up in the dojo that he practiced at as a casting call for an upcoming series based around being a ninja which would come to fruition as Supah Ninjas.

Thanks to already being trained in kung fu, Nickelodeon saw this as an opportunity for casting after Ryan auditioned which he would go onto nab the role of Mike Fukanaga and would play the role until the show’s cancellation in 2013. Supah Ninjas was Ryan’s debut role but it wouldn’t be until the 2014 animated release Big Hero 6, that would become Ryan’s breakout role and gain him a whole new fanbase.

During Supah Ninjas, Ryan also appeared in Fred: The Show (2012) for two episodes as Fred’s Best Friend and the short film, Save the Date (2013) as Vince. Leading up to the release of one of Ryan’s biggest roles, Big Hero 6 (2014), he starred in the indie film, Senior Project (2014) and the music video for Write It In The Sky (2014) by Kina Grannis as Nomad. Before the end of the year was up, Ryan also reprised his role as Hiro Hamada in Disney Infinity: Marvel Super Heroes, a 2014 video game apart of the Disney Infinity franchise.

Also in late 2014, Jordanna married Actor and Martial Artist, James Lew as James would become Ryan’s step-father. James has been a major support system in Ryan’s career and shows off most every new project that Ryan is a part of through his social media.

“Big Hero 6 was… was incredible, I think that was essentially the launching point of everything.”

Over the next few years, Ryan would appear in a few more independent films that did not have a widespread release. His first project following Big Hero 6, was Underdog Kids (2015) and a reprise of his character, Hiro, in the newest game for that time, Disney Infinity 3.0. (2015) In 2016, he would continue his relationship with Disney has he appeared as Riker in the short lived spin-off series, Lab Rats: Elite Force (2016) for two episodes as well as appearing in his second animated feature, Throne of Elves (2016), which is a spin-off of Dragon Nest.

Ryan was working hard throughout the rest of 2016 and 2017, leading up to his 2018 and beyond releases as in those years, he would be filming Running for Grace (2018), Titans (2018) and Big Hero 6: The Series (2018), along with many of the Shorts and Dreams for Big Hero 6: The Series as Hiro Hamada. Hiro’s last reprisal outside of Big Hero 6’s series would be on the newest game in a legendary series, Kingdom Hearts III (2019) where he showed up with Baymax, Honey, Gogo, Wasabi & Fred.

He would go on to finish out 2019 with his one-off animated appearance in Where’s Waldo? (2019) as Koichi before we are introduced to his newest animated appearance in Jurassic World: Camp Cretaceous (2020), which has already spawned four seasons in just a year, where he portrayed Kenji Kon throughout every season.

— His official website is now defunct and no longer active.

Ryan Potter was born in Oregon City, Oregon on September 12th, 1995. The year of the Boar. Ryan’s family returned to Tokyo shortly after his birth. His first language is Japanese. He moved with his family to the United States just before his 7th birthday.

Martial Arts:
Ryan loves martial arts and began training in White Tiger Kung Fu at the age of 8. He continues in the White Tiger tradition to this day. He has also studied WuShu style kung fu. One day Ryan would like to go to China to study with Shaolin monks.

Hobbies:
Ryan loves to read and his current favorite is the Hunger Game series. Ryan’s other hobbies are to snowboard, skateboard, play the drums, paint and go air soft with his friends.

Having grown up in Japan, pop culture is a big part of Ryan’s life. He reads manga like Shonen Jump, One Piece and Death Note, and he watches all kinds of anime.

Ryan’s favorite sport is baseball which he’s played since he was in second grade. His favorite positions are catcher and centerfield. He’s played baseball in both Spring and Fall seasons every year for the past nine years but his shooting schedule with “Supah Ninjas” doesn’t leave him enough time these days. He’s a huge fan of the game and tries to get to college and MLB games when he gets the chance.

Favorites:
Not surprisingly Ryan’s favorite foods are anything Japanese and Korean BBQ. Spicy food is high on his list too.

Ryan loves to travel and is looking forward to seeing the world. When “Supah Ninjas” is on hiatus Ryan hopes to go somewhere he’s never been like Italy, and go visit his family and friends in Japan. When he gets some free time he wants to learn how to scuba dive, do more snowboarding and watch a game from behind the plate at Fenway Park. 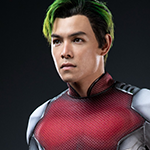 News Info Photos IMDb
Titans ('18 - '23)
Ryan As Gar Logan
Titans follows the young superheroes of the eponymous team as they combat evil and other perils. Disbanded when the story begins, the series sees the team return when the original and new members reform the Titans. 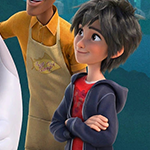 Calendar
Missed Something? Let us know!

Content Donations
Do you have photos or videos that we don't currently have? Would you like to donate them to our site? We are accepting all kinds of donations for various content!
Donations are NOT required!
Content can include:
PAYPAL DONATION

Please note that clicking the link above will take you to another site (Paypal), where it will ask for a money donation.

This website uses cookies to improve your experience while you navigate through the website. Out of these cookies, the cookies that are categorized as necessary are stored on your browser as they are as essential for the working of basic functionalities of the website. We also use third-party cookies that help us analyze and understand how you use this website. These cookies will be stored in your browser only with your consent. You also have the option to opt-out of these cookies. But opting out of some of these cookies may have an effect on your browsing experience.
Necessary Always Enabled
Necessary cookies are absolutely essential for the website to function properly. This category only includes cookies that ensures basic functionalities and security features of the website. These cookies do not store any personal information.
Non-necessary
Any cookies that may not be particularly necessary for the website to function and is used specifically to collect user personal data via analytics, ads, other embedded contents are termed as non-necessary cookies. It is mandatory to procure user consent prior to running these cookies on your website.
SAVE & ACCEPT